"My success was in my intense desire to learn."

Distinguished painter and celebrated cookbook author, Edward Giobbi is a force of nature.  A child of the depression who was drafted at 18 to serve in WWII, he knew when he was 5 that he was destined to be a painter.  Back on home shores in 1946, Edward took the first step to realizing his childhood ambition when he enrolled in Boston's Vesper, George School of the Arts.

“During that time I was living on the GI bill and working in a foundry. To save money I ate in cheap restaurants and would skip one meal a day. I realized if I continued living like that I wouldn’t live to be the artist I expected to be. So the next year I got an apartment, with 3 other students, that had kitchen facilities. I’d hitchhike home once a month and every time, my mother - she was a terrific cook - would give me a couple of simple recipes. Back in NYC I’d practice on the boys, and little by little I got better. We ate great and I found a passion for cooking. The secret to being successful at anything is to really love it - you can’t wait to do it. That’s the way it is for me with painting and cooking.

My childhood was during the depression.

I lived in poverty as a child and poverty wasn’t so bad. People who had discipline planted gardens, put up food, and knew how to get a lot of food from a rabbit or a chicken; they didn’t throw away anything. My father and his friends made a seining net - actually wove the net and poured melted led into blocks to make sinkers - and they’d go seining in New Haven. They’d sit me on the beach and it was always a wonderful surprise as the six of them pulled the net onto shore...all of a sudden the fish would just be flopping all over the place. Nobody had refrigeration in those days so they’d distribute the fish amongst the neighbors and everybody’d eat fish for 4 or 5 days.

I learned a commitment to survive from them. I remember the bread lines and I remember how people suffered but in a way I think people are suffering a lot more today, they’re suffering from insecurity, envy, jealousy…and the media plays a part in that.

I was constantly told I'd starve if I became a painter. I said I’ll starve spiritually if I don’t.

As a young artist in Hell’s Kitchen in the 50’s, I lived the same way I did during the depression. I arrived penniless in NYC after 3 years studying fresco painting in Florence, but I was totally committed to my work. Whenever I sold something I didn’t change my diet, or my lifestyle, or my clothing for that matter. I was living in a cold water flat - no heat most of the first year because I didn’t have the $7 to buy a used kerosine stove - but I was happy cause I was painting.

Other artists, if they sold a painting they’d party for a week and then be broke again. My father always told me when you earn a dollar, put a quarter aside, and in 2 years I owned a house in Provincetown. I never borrowed money and I survived by my wits. It's all connected. How you live is connected, just like your body parts. I was successful because I stuck to my ideals.

Now if I want to treat myself, I cook something I feel like eating!

At 94 I’m not as agile as I used to be but I’m still active - I paint, cook, garden, run a tractor, split wood for our fireplace, and I’m still driving. I’m not incapacitated. What changes is you’re not gonna recover from illnesses you’d shake off when you were younger, so you don’t have the total freedom you once had.

But nature is kind; it prepares you. You don’t have the fantasies you had when you were younger so you don’t miss them. For example, until recently I’d go to Italy twice a year. When I went the first time I thought, my god, I’m home. I really felt like ‘this is my country.’ I loved the food, the people, I went to the opera constantly, and I learned so much about art. After the pandemic I might be too old to travel, but who knows.

I’ve lived through an exceptional part of our history from the Depression and WWII to today. I have no
regrets at all. I’ve called my own shots, even when life was hard.” 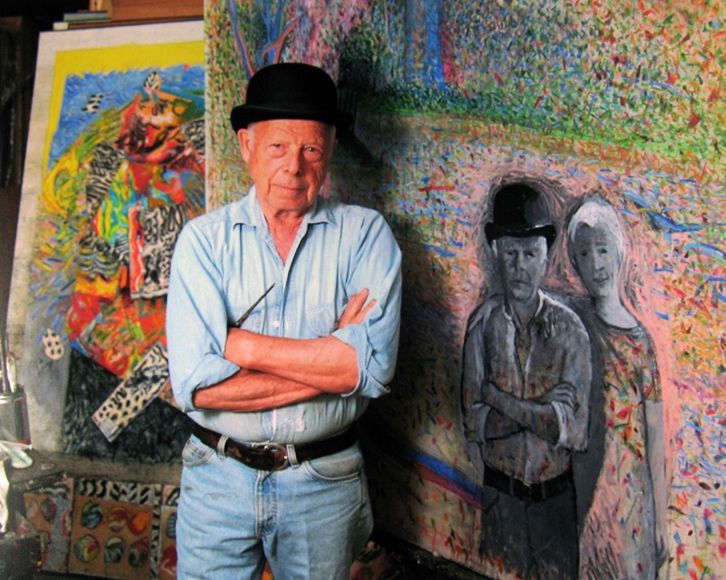 A Better You Starts Here

Taking care of yourself means
you can take better care of others,
pour more energy into your passions,
and be more productive.